You are here: Home / Lifestyle / Willy Update – Help Appreciated, Still Sick, Lab Results Back, Shame On In Our Hands Rescue

People continue to offer words of support for my Willy and I thought an update was in order.

If you’re new to Willy’s story, you can catch up by reading the links below. 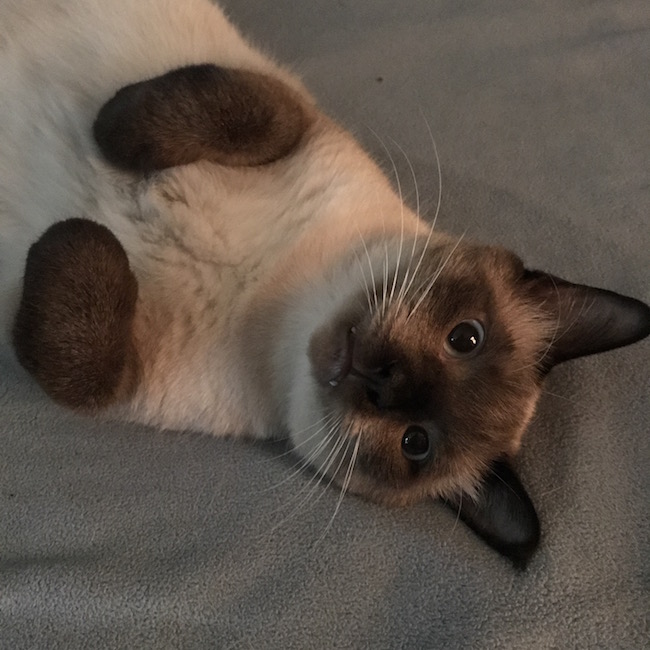 We brought Willy in to the vet for surgery early in the morning on June 22. I knew the surgery would take several hours and that he was in good hands but I was very nervous nonetheless. I was very relieved to get the call from the vet that afternoon letting me know he was out of surgery. The vet told me that he had removed all of Willy’s damaged teeth removed as he had expected and planned to do. The vet found massive infection everywhere. There was nasty stuff dripping down from his soft palate. The windpipe looked to be ok when it was checked but there were long firm strands of an almost solid pus-like matter in it that required real effort to pull out. The vet said had never seen this stuff before. The vet passed a catheter up and around the mouth and nose and tried to flush everything out. There was debris in the ear. Willy came home on painkillers and more antibiotics. 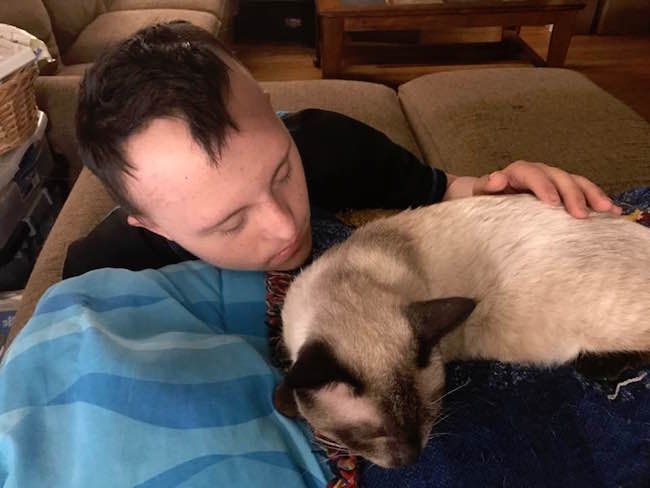 June 23 found Willy on several different medicines, including antibiotics, painkillers, ear medicine and another. Last night was a bit funky. He wasn’t allowed to have water until 8, then it would only be a small amount and if he kept that down for an hour he could have more (trying to be sure he wasn’t sick from anesthesia). He started looking for it and food before then. When I wouldn’t give it to him he started walking around trying to find some. He looked a bit like someone’s drunk uncle at the end of a long family reunion, he was sort of staggering and it was really sad to see. He was super clingy and didn’t go far from my side. I’m sure it was because he’s not feeling well. He was on painkillers, which makes him sleepy. So most of his day (and therefore mine) was spent snuggling. He either slept on my bed, on my lap, on the couch next to my desk, or as was the case for most of the time on me. Medicine stayed down and was tolerated, and his appetite did slowly return.

On day two after surgery, June 24, Willy seemed to feel under the weather. He spent a good chunk of the day sleeping on me or on the back of the couch directly next to my desk. I heard coughing and what sounded like a lot of phlegm and congestion. This worried me and left me thinking we would have a vet visit coming sooner than expected.

The cough and breathing issues continued, I shot this brief video on July 4. 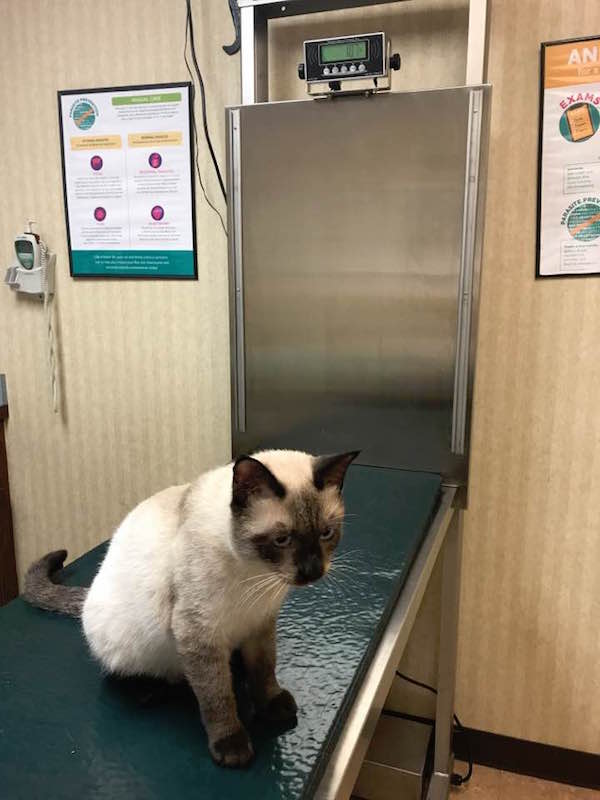 July 5 found us back at the vet for a recheck, where they gave us a different medicine. July 13 found us there yet again. By this time, poor Willy has been to the vet often enough that he just sits on the table and waits to be seen. Last weeks medicine didn’t seem to do anything. The vet thinks the weird nasty stuff he found in surgery is coming back. He had to do a culture in order to try and figure out where that nasty infected stuff is coming from and how to treat it, which Willy really didn’t enjoy. The culture cost $125!

On July 23. the results from that expensive culture came back. It showed that Willy has two things. The first thing is a feline form of bordetella, which in dogs can be kennel cough and in humans can be whooping cough. It is contagious. I pray that it doesn’t spread, as we do have other pets and if they were exposed the vet bills would be driven even higher. The second thing is a form of pasteurella, which I’m still reading up on. It is also contagious, and could go from cat to human under certain circumstances which could be really bad. The vet decided to try to treat both of these things with yet another expensive antibiotic.

We finished that round of antibiotics in early August. It was easy to see that they didn’t help. I reached out to the vet again. He rechecked the culture results and decided that he wanted to try something stronger. So he gave me a prescription for Cipro, an antibiotic for people. A really expensive antiobiotic for people, retailing at over $200! Fortunately the lady at the pharmacy was able to find a coupon to apply to bring the price of the medicine down. It’s a pill. Willy definitely isn’t a fan of pills but I have been managing to get one into him every day and he’s been a really good sport about it. 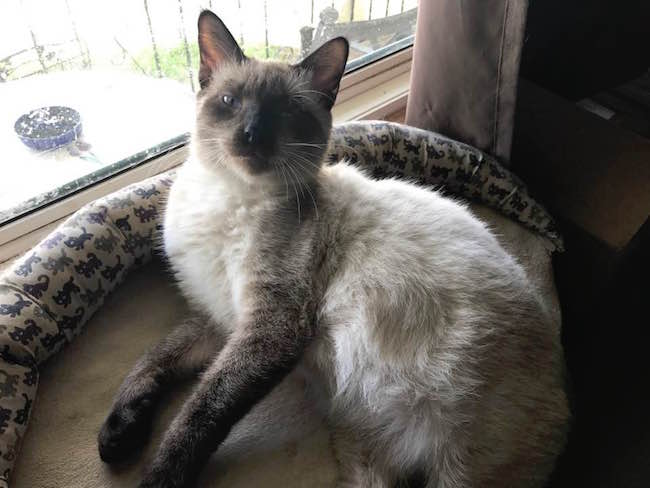 I am appalled at the knowledge that In Our Hands didn’t check Willy and the other cats that came in all together with him on that flight. Who’s to say that Willy is the only one that was sick? Any of the other cats could have gotten sick from him, or he sick from any of the other cats. Who was sick first really isn’t the point. The way I see it there could actually be six or so more cats with the same infections that Willy has. I only hope that other families haven’t been subjected to watching their adopted pain in pain and suffereing. And I only hope that if any ofthe other animals were infected that they didn’t spread it to animals that were already here in the country.

There is a reason that animals bought into the country are supposed to be kept in quarantine and vet checked. That’s to prevent illness and disease from spreading. I can’t help but think this whole situation is a major violation of procedure for a rescue, since it in actuality endangered other animals. To me it seems like something you would think a Board of Health or someone similar would handle. Shame on In Our Hands Rescue! Knowing that they are still in operation, and still bringing cats and dogs in from other areas besides the tri-state area of New York, New Jersey and Pennsylvania horrifies me. Truthfully, knowing they are still operating at all horrifies me. 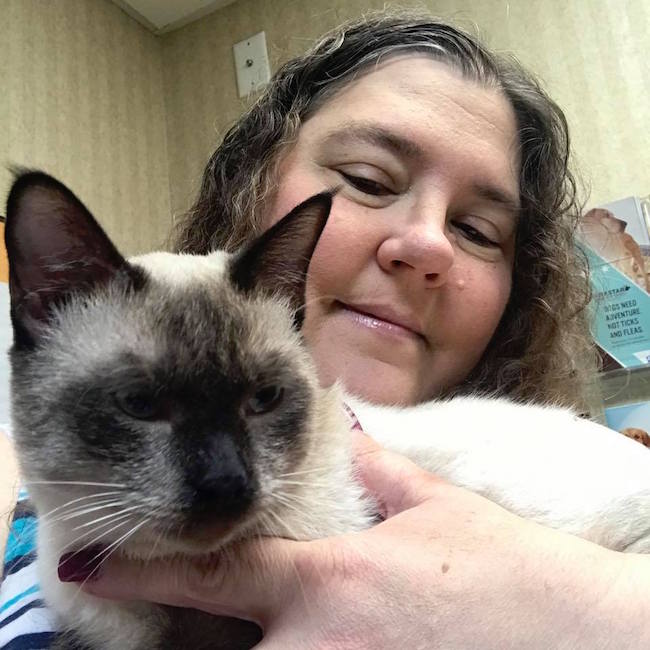 I adore my cat. There’s no way in the world I would give him up, and I wouldn’t give him back to that rescue under any circumstances whatsoever. Once again I caution anyone contemplating adopting an animal from In Our Hands Rescue to do their homework and be very diligent. Even if you’re adopting elsewhere I strongly urge you to be cautious and to ask any and all questions, and to demand to see paperwork proving anything that’s been claimed.

Willy is still wheezing and coughing. The plan is to let him finish this medicine, which should take about a week. I am hoping that the medicine will somehow suddenly kick in and he’ll get better. If he isn’t better I don’t really know what we’ll do.

For those friends that have donated towards Willy’s vet bill, your generosity is greatly appreciated and I offer you sincere thanks. If you’re just reading about this we could still really use your help please. Willy’s surgery, follow-up care and medicines have been really expensive. This summer has been a really difficult one for us. The vet has been very patient with us on payment. We’ve paid a good chunk of what we owe however, we still owe $540 and they are expecting a payment that I have no way to make. If you’d care to make a donation of any amount it would be greatly appreciated.

(EDITED TO REMOVE THE YOUCARING DONATION WIDGET AS IT DIDN’T WORK SINCE YOUCARING BECAME PART OF GOFUNDME. ANY DONATIONS TOWARDS THE VET’S BALANCE WILL STILL BE GRATEFULLY ACCEPTED, MESSAGE ME TO FIND OUT HOW OR TO PAY VET DIRECTLY. )