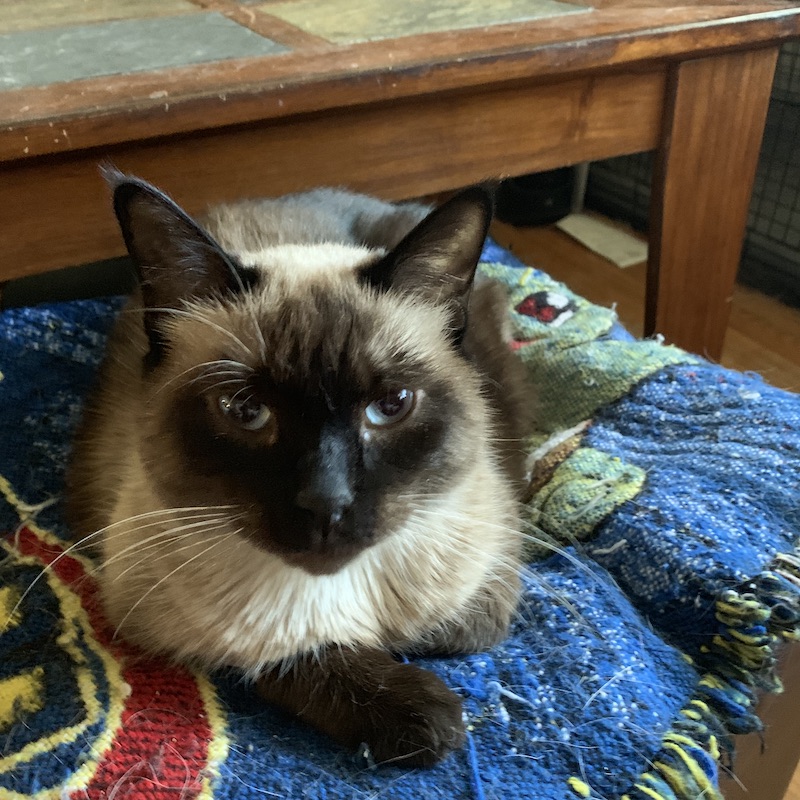 I have an update on Willy!

If you’d like to read the detailed history of Willy’s current situation I suggest starting here:

08/23/19 Update On Willy, Different Diagnoses, Deciding To Keep Fighting, And How You Can Help

Quick summary on how we got here.

Willy was really struggling. He was straining to poop and vomiting most of the times he tried. He wasn’t drinking or urinating. My search for affordable vet care or low cost pet clinics produced no results.

Vet #1 was only about the money and was of no real help, she gave an enema and subcutaneous fluids but refused to do any more without cash. Her opinion was that Willy didn’t have megacolon. Vet #2 is someone we were connected with by a woman who helps pets and rescues.

I decided to get a second opinion, I just could not put my beautiful Willy down without at least trying. This renews the search for low cost care and brings me to Vet #3.

Vet #3 sees Willy late that evening. He examines Willy and tells me he has seen far worse cases and that there’s no reason to put Willy down, he feels he can be treated medically. Willy is admitted to the pet hospital that night. He is kept overnight, receiving IV fluids, 2 “cleanouts” and an enema. He is allowed to go home the next day. 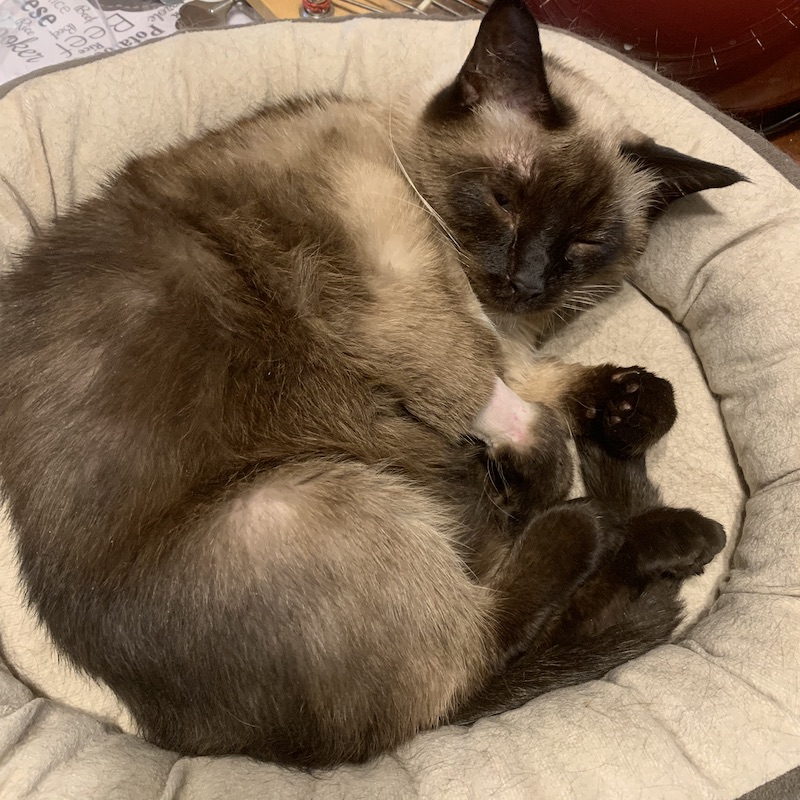 This is where we are now.

Willy has been home for a little more than one week. I have seen such a drastic change, so much improvement. It’s hard to believe that this is the same cat.

Willy needs prescription medicine every day and will need it for the rest of his life. He gets drops 3 times each day. He also gets pills 2 times a day. Medication time is not fun. I’m getting better at it and so is he, but at this point in time neither one of us looks forward to it.

The vet said it’s possible that Willy will need to be seen in the future for additional enemas or treatment, but that there’s also a chance we got it in time and the medicine and prescription cat food will be enough. Only time will tell. 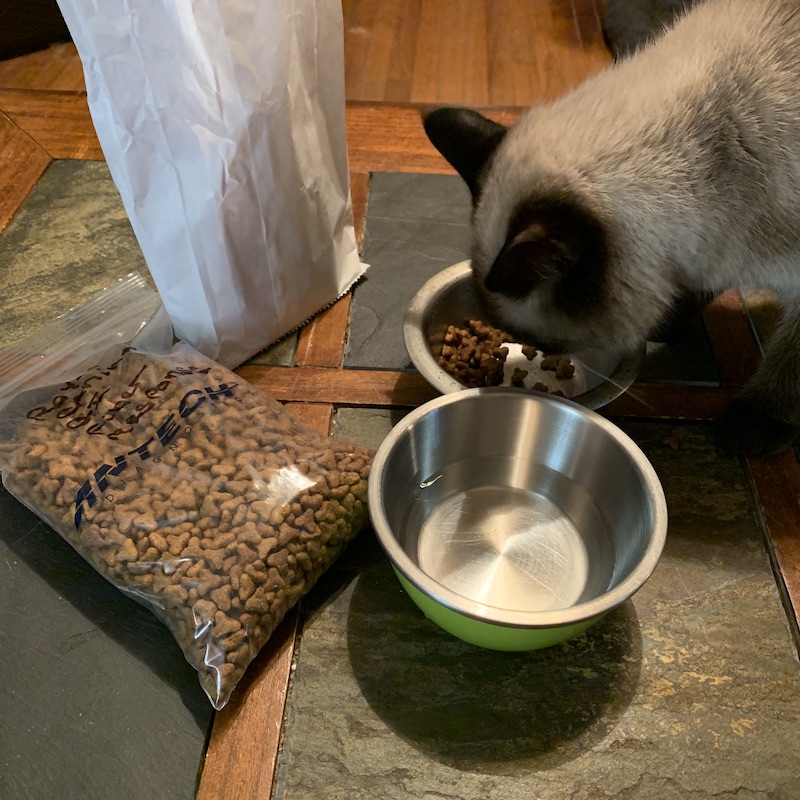 Willy must eat prescription cat food for the rest of his life. Willy is now eating Royal Canin Veterinary Diet Gastrointestinal Fiber Response Dry Food. This is very special food that you must have a vet’s prescription for. You can’t just get it at any store, so it’s important I stay aware of how much we have on hand so we don’t run out. This food is not cheap, it’s about $50 for one 8.8 lb bag. I picked up a new container for Willy’s food and have it labeled. I don’t want to see the food spilled or wasted so everyone in the house is forbidden to touch it without checking with me first.

Willy is eating once again, and pooping. He’s not eating as much as he used to, I am thinking that this might be because the food is super high quality. I have to ask  the vet when I go pick up more medicine this coming week. Willy is drinking water again, and peeing. He’s bathing himself again. He has resumed sleeping with me and his purrsonality is definitely going back towards what it used to be.

There is still a gofundme going on for to anyone wishing to help. Anything raised will go towards the outstanding vet bill.  Should anything remain after the outstanding vet bill, it will be put towards the medication I have to pick up this coming week, then food and the next vet visit. The gofundme is at https://www.gofundme.com/f/please-help-me-get-willy-care-he-needs-amp-deserves&rcid=r01-156658712908-cbc88a6b15214845&pc=ot_co_campmgmt_w. Any amount helps, it all adds up, and any help is greatly appreciated.

A big thank you from the bottom of my heart for those that have donated as well as those that message words of support.