You are here: Home / Entertainment / The Kitchen Arrives On Blu-ray And DVD 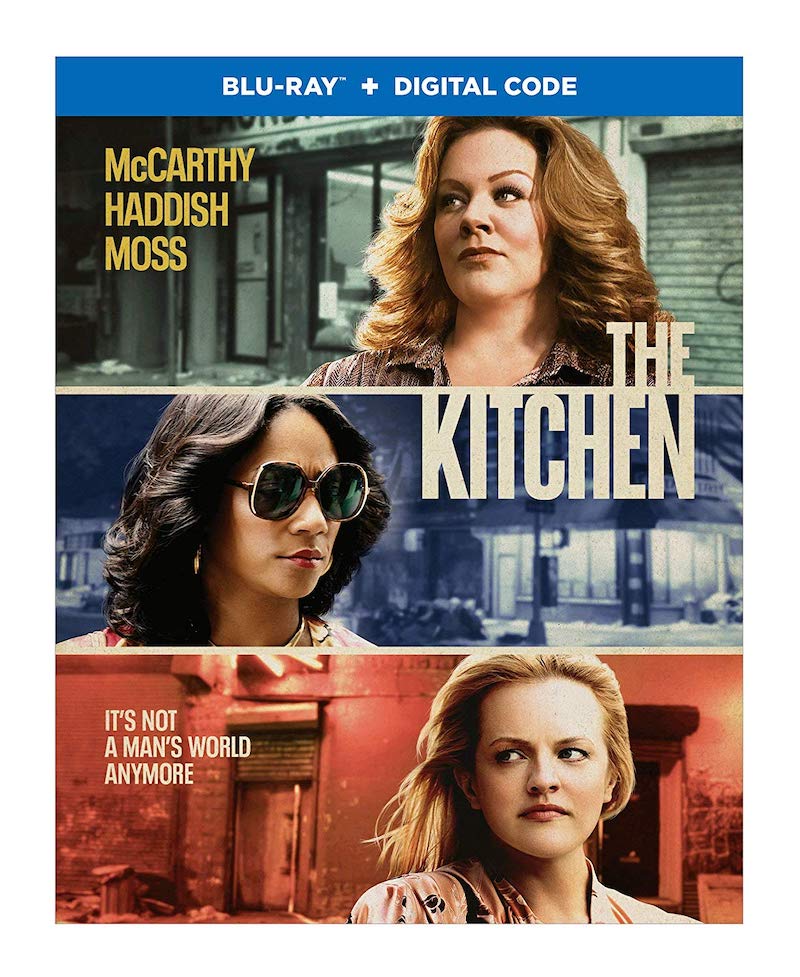 I’m one of those people that likes to get to the movie theater a little early so I can watch the trailers. We saw the trailer for The Kitchen before a movie and we both thought it looked good. I love the idea of women taking charge and taking no BS, which is pretty much what happens here.

Between 8th Ave. and the Hudson River, the Irish mafia runs 20 blocks of a tough New York City neighborhood known as Hell’s Kitchen. But for mob wives Kathy (Melissa McCarthy), Ruby (Tiffany Haddish) and Claire (Elizabeth Moss), things are about to take a dramatic and radical turn. When the FBI sends their husbands to prison, the three women take business into their own hands by running the rackets and taking out the competition.

· Taking Over the Neighborhood