You are here: Home / Me And Mine / Our Kids Are More Alike Than You Think – @WorldDSDay World Down Syndrome Day – @NDSS

Here are five things that my son is not. 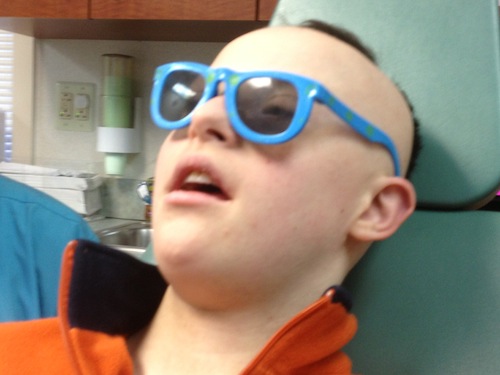 Like most kids, my son is not a big fan of the dentist. But like most kids he sure can rock a pair of sunglasses.

And here are five things that my son is. 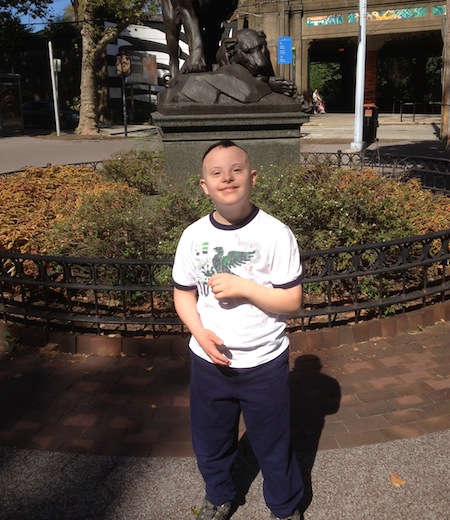 Having fun at the Philly Zoo

For me, every day is World Down Syndrome Day. Every day I fight for what’s best for my son’s well being, and to make sure that his rights are respected. It’s a fight that is as challenging, strenuous and exhausting as any fight in a boxing ring. It can be emotionally bloody and it can hurt like hell. But I will never let it break me. here’s a verse in the song Still Swingin by Papa Roach that sums up how I feel about my battle as a parent.

It is my hope that some day society will be a different place. A compassionate place. An accepting place. A safe place. I hope I live to see that day. More importantly, I hope my son lives to see that day. But until that day arrives I’ll be right here, still swingin.

Dr Seuss once said some very wise words that are very relevant. 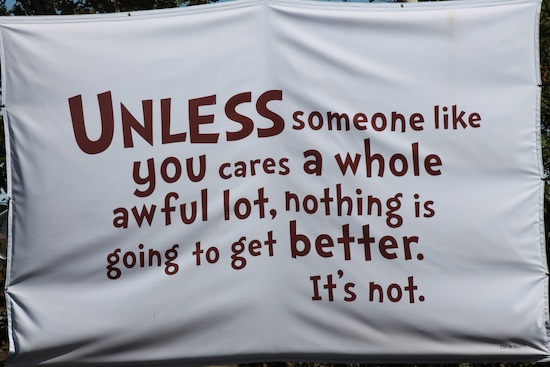