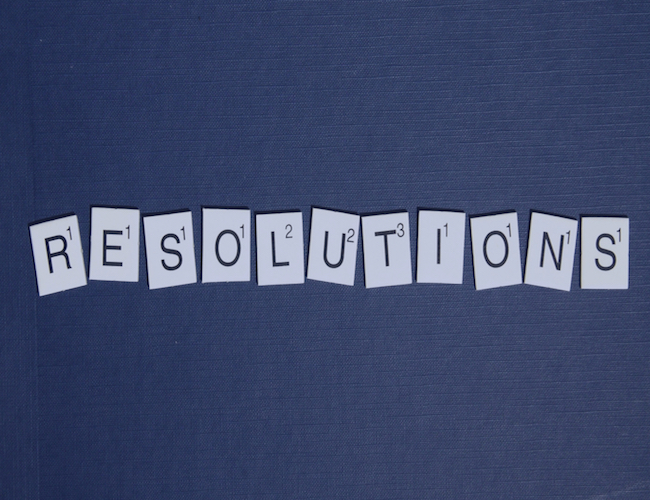 It’s 2017. A brand new year. That means it’s that time again. The time of year where you see many people making New Year’s resolutions. I hear people talking about them a lot during the first week of January, and sometimes throughout the whole month. I personally don’t believe in making New Year’s resolutions. I believe they tend to be a great way for a person to set one’s self up to fail.

Resolutions sound great at first. But so many of them aren’t realistic. Setting a resolution for the year puts a lot of pressure on you. First of all, the timing doesn’t work. Someone makes a resolution to do or not do something. The resolution is made at the beginning of a new year, immediately following what is probably the busiest time of the year, one that is already very stressful for people. Resolutions are often not well thought out. Let’s say you have a resolution of losing weight. If you are very excited on January 1 as many folks are, you start off with a bang. But let’s say you have a busy January, with lots of weddings, events, etc and you gain some weight. You view yourself as having failed at fulfilling your resolution. When people falter or fail at fulfilling a resolution early in the year they often give up. Because after all, who starts working on a New Year’s resolution in February.

I believe in making goals. (And I should make them more, but that’s another post.) Goals are important because they are measurable. The same person who made a resolution and didn’t keep it might do well with a goal system. Let’s say the person has a goal of losing weight. They could determine a realistic amount to lose for a short term goal and a larger amount for a long term goal. Both of these goals can be worked towards, with progress measured. And everyone knows that with a goal if you fall a little short you can keep trying without it being viewed as a failure.

I have set some goals for myself. One of them is to share more personal content here on this blog. And this is how I’m starting out working towards that goal.

I’m curious and would love to know. Do you make New Year’s resolutions?