The product(s) featured in this post was provided free of cost to me for the sole purpose of product testing and review. This post has not been monetarily compensated and is based on the views and opinions of my family and/or self. Please note that the opinions reflected in this post have not been influenced by the sponsor in any way. 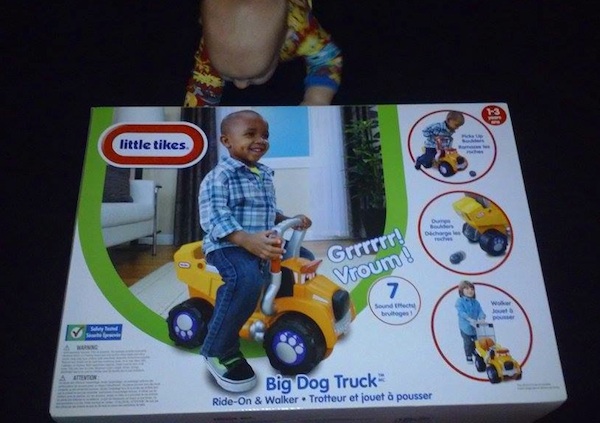 The Little Tikes Big Dog Truck is an all in one toy for toddlers. The suggested age range is 12 months – 3 years. The toy functions in three different ways – as a walker, ride-on and dump truck – and it is designed to help build large and small motor skills. 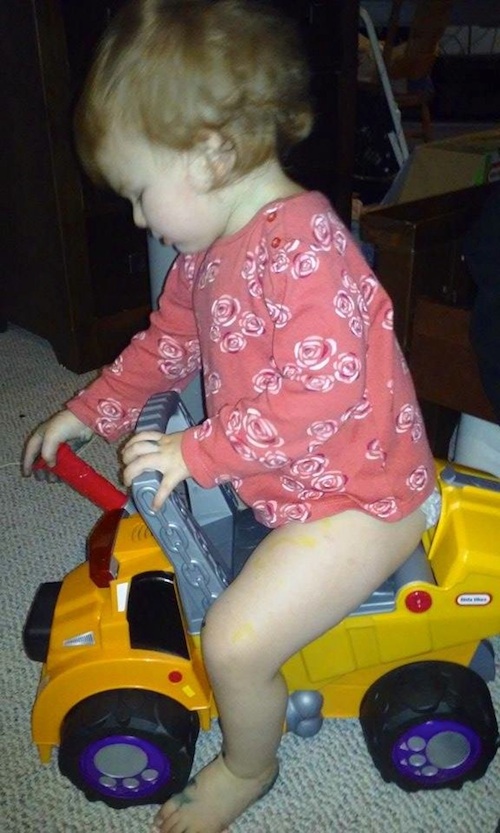 For the Little Tikes Big Dog Truck Ride-On & Walker we got some help from BGs older sister R who is 2. When you open the box the toy comes with most of it already assembled. There are instructions to show you how to put the parts on and how to change it from a ride on to a walker. All you have to do is attach the wheels, the smoke stack, and put in 3 AA batteries. It was a little difficult to put the wheels and smoke stack on but with some pressure they got on. It is made with a nice thick plastic and seems to be sturdy. 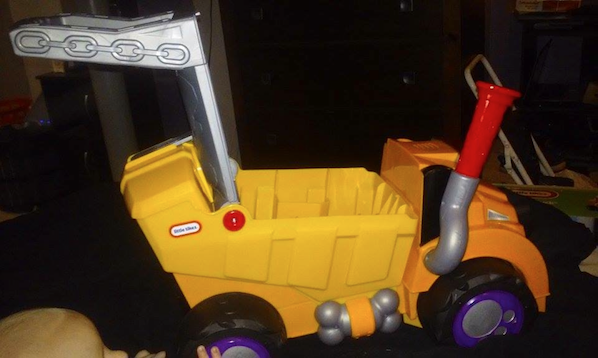 The attention to little detail on this toy is very nice. The tread on the tires are paw prints! There is also a very cute license plate that says ruff with chains as the license plate frame. There are chains that go down the handle, a seat that looks stone, and a face that looks like a dog with ears. The balls it comes with are made to look like boulders. When you touch Big Dogs nose or pull the smoke stack it makes dog noises or plays music, plus above the eyes flash and light up. The toy even makes noises when it’s “eating” the boulders! 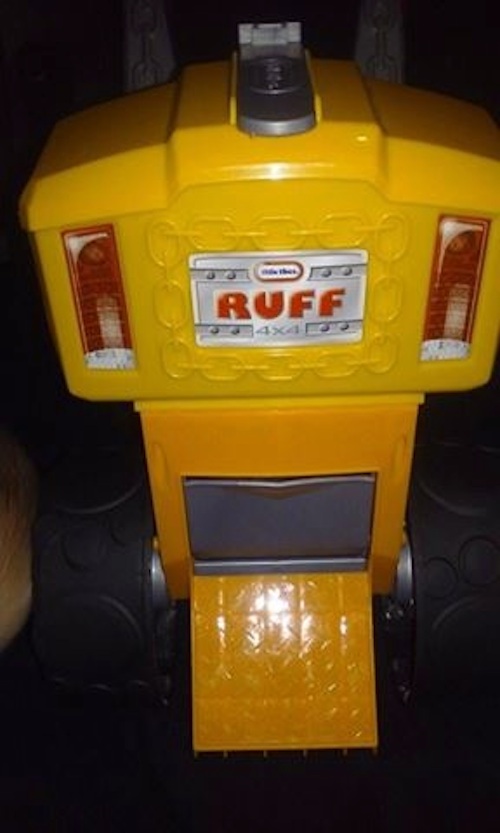 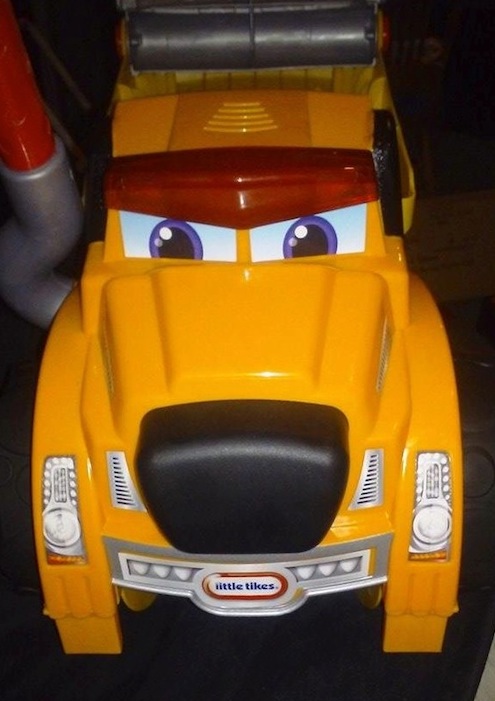 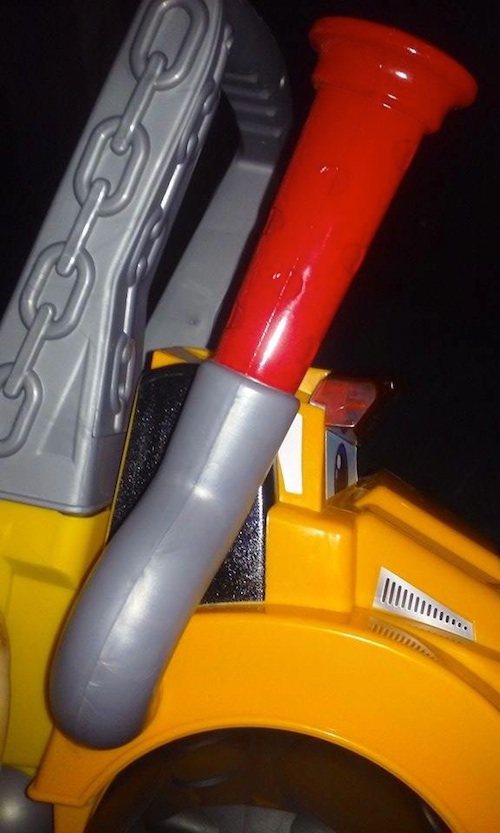 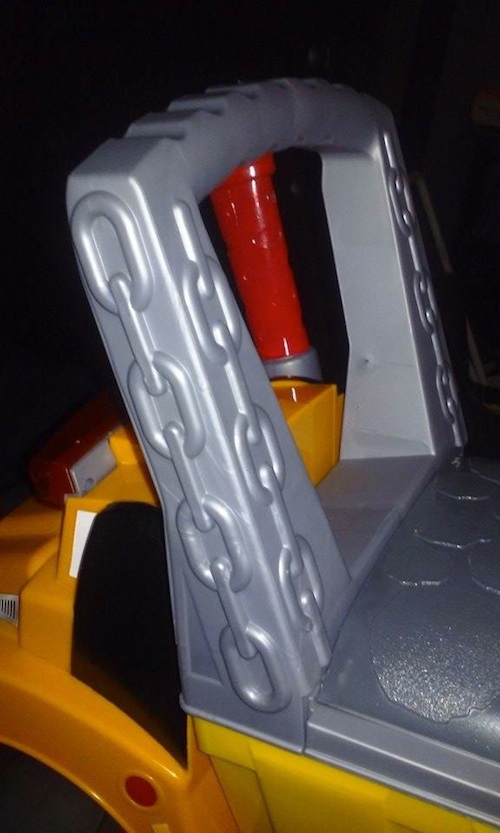 Once we had it completely set up R was excited to try it. R was very busy with opening the back end to drop the boulders out and putting them back in a hole behind the seat. She didn’t quite understand the of pulling the lever to drop the balls out the back, but after a couple of times of me showing her she started doing it. I wanted to see her try to pick up the boulders by rolling over them so I rolled them all over the floor and the next thing I heard was “weeeee” and she was chasing after them. There is a rake type rotating piece that puts the boulders into a nice size storage compartment, it is definitely big enough to hold other toys as well. 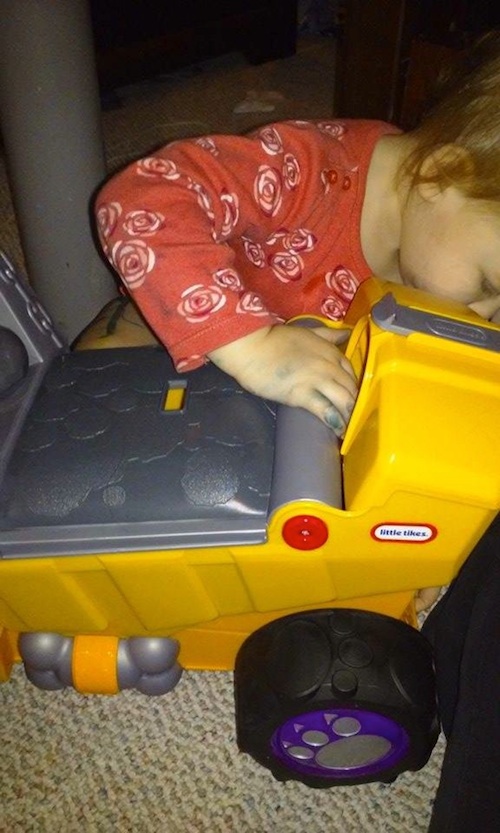 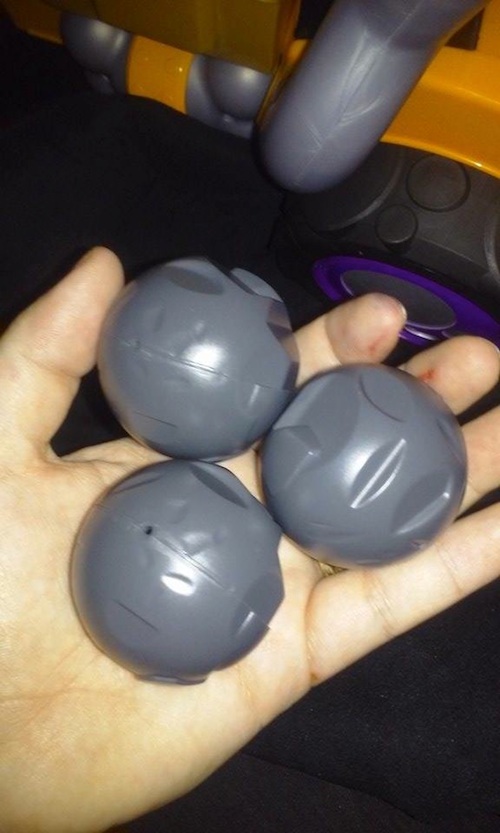 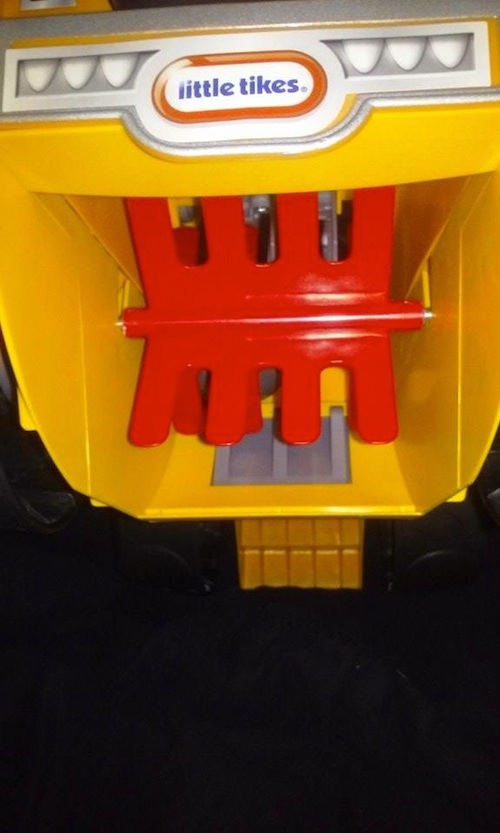 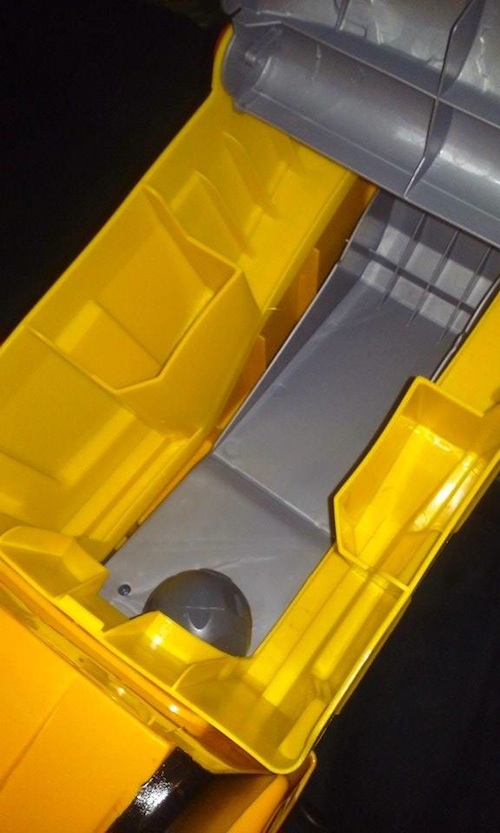 We also tried the toy as a walker. To do this you lift the seat all the way up and there is a small hole in the seat for a latch to go into. The latch was a hard to push into the hole but I did get it in after some effort. I don’t recommend an older sibling doing it as I pinched my fingers a little. It seemed sturdy to use as a walker for R, who walks very well and had no issues. The toy has a maximum weight limit of 50 pounds. It might be slightly less sturdy for a  younger child who’s still developing walking skills as it could tilt back a bit. Maybe if somehow a little bit more weight was added to the front of it, it wouldn’t tilt back as much. Overall I think it is a great toy for boys and girls. It is extremely cute with a great concept, and I love the little details. I am very excited for BG to get a little bigger to be able to play with this, I know he will love it.

I am a Jersey mom of 7 - 4 girls and 3 boys. C is 20, BC is 15 and autistic, A is 10, E is 8, R is 7, BG is 5, and BJ is 3 years old he has a rare genetic syndrome and global delay. I was born and raised on the beaches of Manasquan and wish I could get there more with my family. I love rock music and also anything good to dance too. I am a very busy SAHM. Our house always has something going on, we love doing family activities, and we usually have a dance party going on in the living room. I definitely need a cup of coffee to get my day going, love my yoga pants, and messy buns.