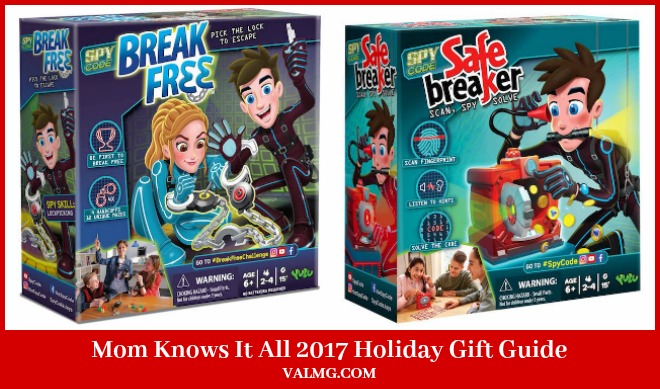 The product(s) featured in this post was provided at no cost to me. This post has not been monetarily compensated. Please note that, as always, any personal opinions reflected in this post are my own.

Board games are a favorite way to spend time together, whether it be with friends or family or both. It’s great to find new games that are unique that can be enjoyed by folks of various ages. YULU recently added two new board games to it’s Spy Code line. Break Free and Safe Breaker both look like great gift ideas, either one would make for a fun family night. 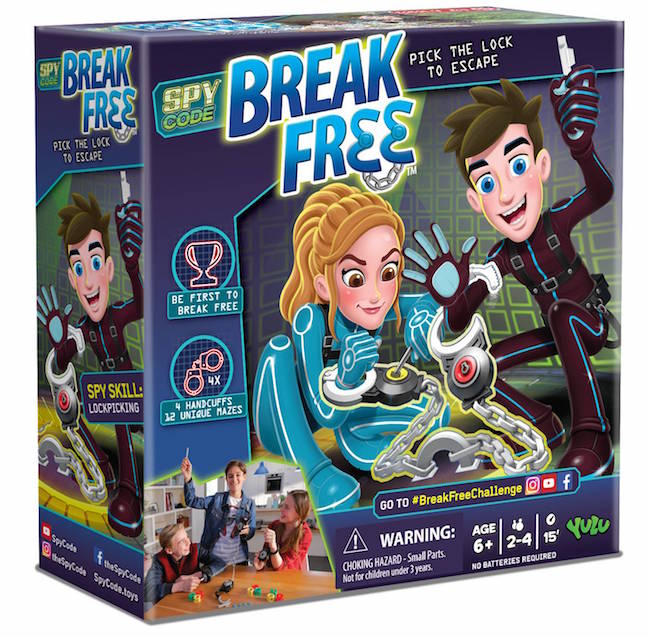 Break Free is a challenging puzzle game full of urgency, suspense and tons of fun. Players handcuff themselves together and insert a maze into each handcuff. The game includes three maze colors. Each color represents a different level of difficulty, making each round unpredictable. Using a key, players must try to pick the lock on their handcuff as quickly as possible. The fastest to break free from their handcuff receives a token that corresponds with the maze color. There are points on the back of each token, the player with the most points after playing all three rounds, wins the game.

Record the ultimate race to escape and upload it to social media using #BreakFreeChallenge. Use the hashtag to also see others during their moment of truth and to challenge others! 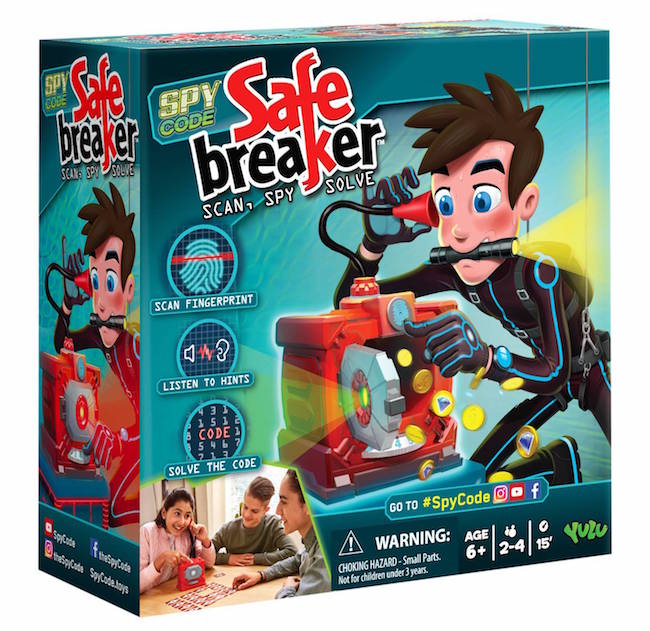 The Safe Breaker is an electronic strategy game for all ages. It is inherently educational through use of deductive reasoning skills during play. The mathematical chances and luck elements allow for a new experience each time. The game requires 2-4 players.

Safe Breaker is an electronic game that challenges spy skill, memory and luck in order to crack the code and collect golden coins. To start the mission, players pick a card and turn the safe combination to the corresponding number shown. Next, use the fingerprint scanner to test the number. If the light is green, the safe will release some coins. If the light is red, connect the spy listening gear to the safe to hear a top- secret clue to deduce the correct combination code. Clues include mathematical chances and luck elements, allowing for a new experience each round.

BEWARE! Players who release police coins will alert the police and must return all their coins to the safe. The spy who collects the five golden coins or two diamond coins first, wins the game.