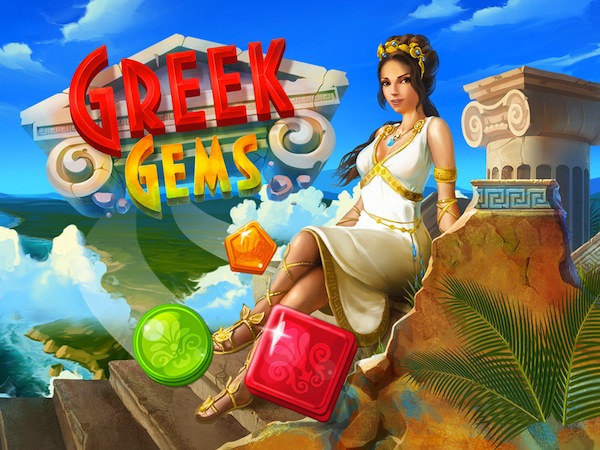 I have mentioned Big Fish Games a number of times before.  They are truly the first place I go to if I’m looking for a game. Their selection is huge. You can try games for free before buying them, and their purchase price if you do buy them is pretty reasonable, especially if you’re in their monthly club like I am. Later this week the selection at Big Fish will get a little larger, as they add the new title Greek Gems. More about Greek Gems.

Greek Gems combines the Match-3 collapse mechanic with a heavy element of strategy in a Greek mythology-themed mobile puzzle game. The god Apollo has become infuriated with human kind for their poor treatment of planet Earth and has turned everything, including the other Greek Gods, into stone. Only Aphrodite, the Goddess of Love, was spared Apollo’s wrath, and she has sought out the only person strong enough to challenge Apollo, you! Greek Gems is a level-based matching game with an array of godlike power-ups and boosts to aid you in your quest to defeat Apollo and free the world from a prison of stone.

I have been playing this game for several days now and am enjoying it. Not a big surprise, considering I’m still playing the two previous Match-3 games that Big Fish released, Gummy Drop and Cascade . 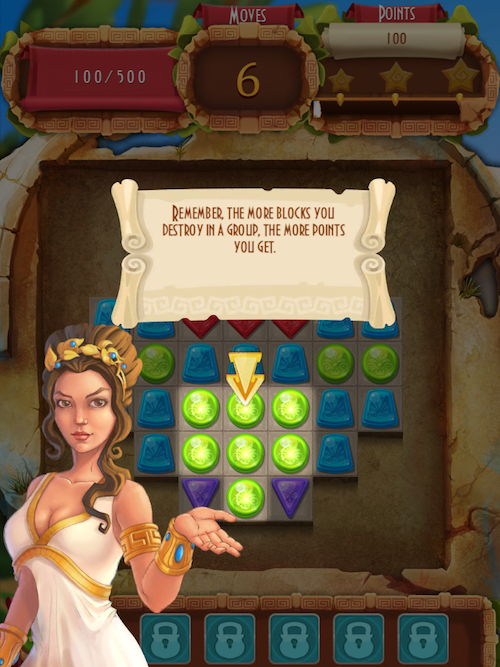 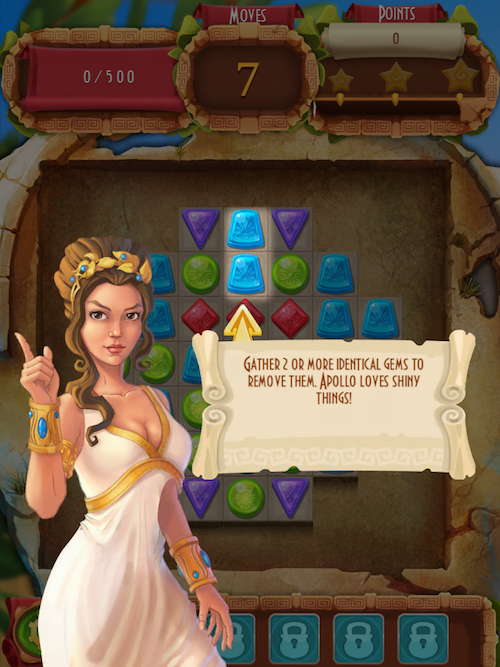 The game is easy to play. There’s no switching or swiping, just click on a group of two or more gems that are the same color. The more gems in the group the more coins (or points) you get. You can spend those coins on items within the game. A time will come when you have to tap certain blocks more then once to break the stone. 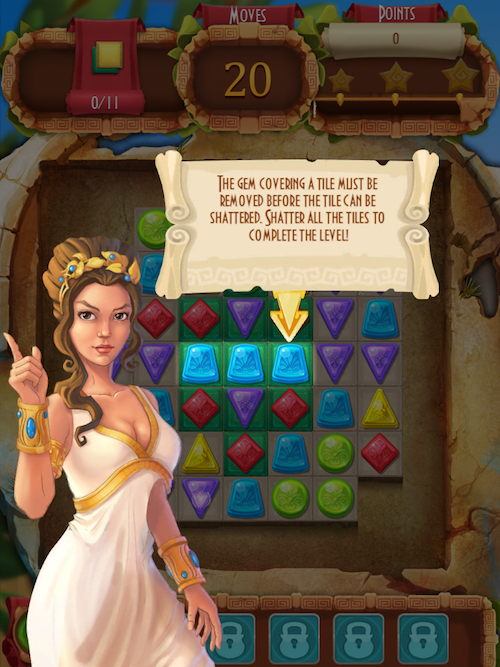 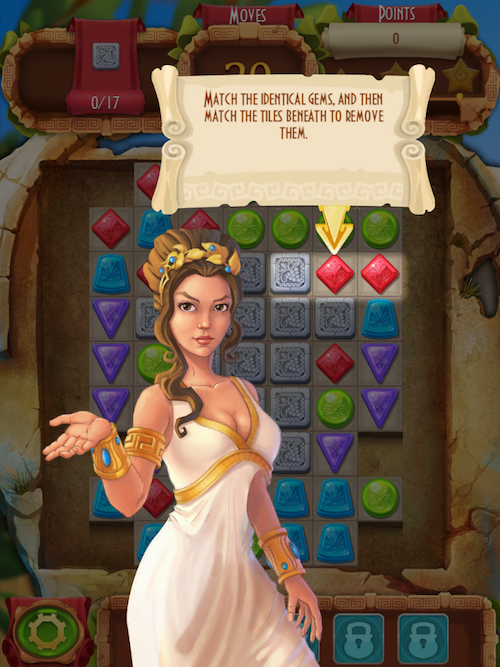 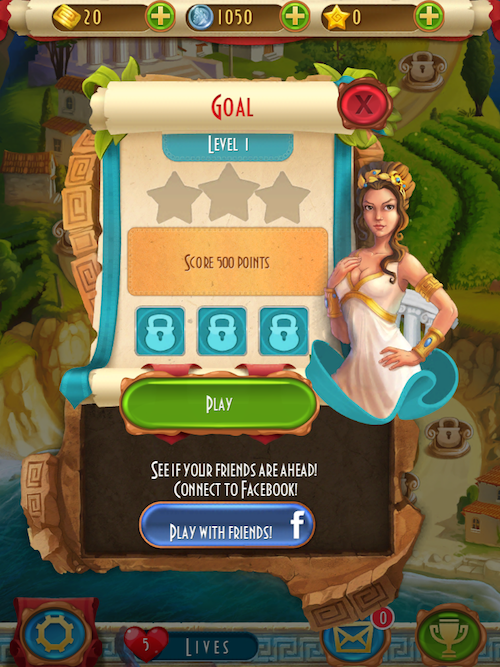 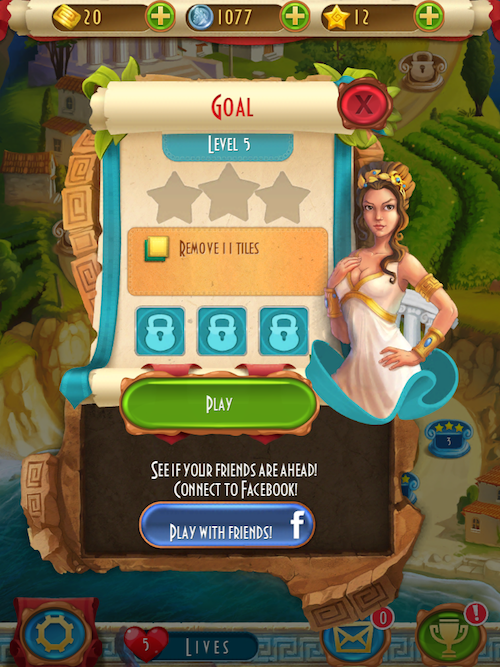 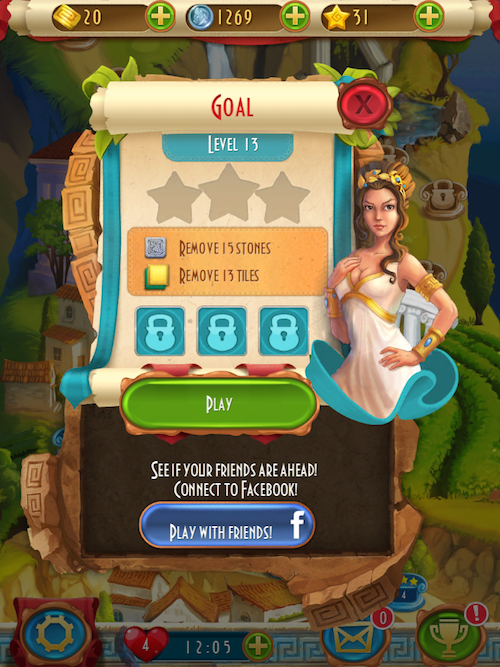 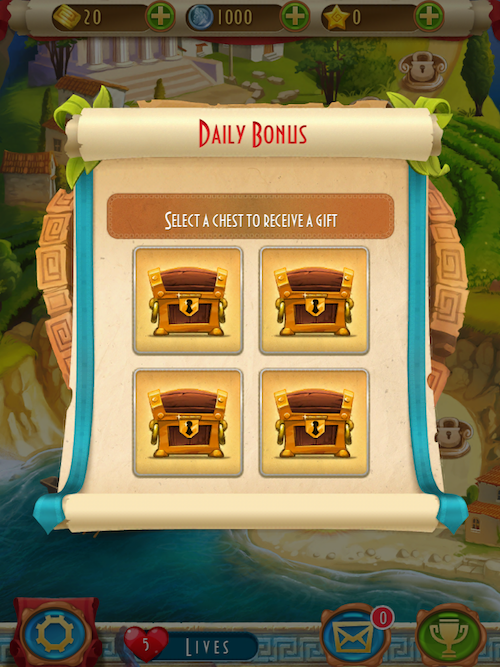 If you play once a day you get a bonus item.

Here’s the trailer for the game.

What do you like the most about Match-3 games?