Spring is a time of change, growth and renewal, for the environment and for people. After a long cold winter bundled up in heavy, warm clothes it’s easy to see how attire changes to lighter garments. Spring formal dances and proms give high school students a chance to look sharp and let loose.

My younger son’s school has one prom each year. Because students in each class are of different ages and can be up to three years apart, anyone age 15 or older is welcome to attend the prom. The bid that must be purchased is very reasonably priced and includes dinner. The theme for this year’s prom was nautical.

I decided to find a simple blue suit and a shirt that fit the theme. A couple of weeks before prom I found a Calvin Klein suit on sale at Burlington Coat Factory for $39. The jacket fit perfectly. The pants were long (because my son is short) so I had them taken up at a local dry cleaners for $10. 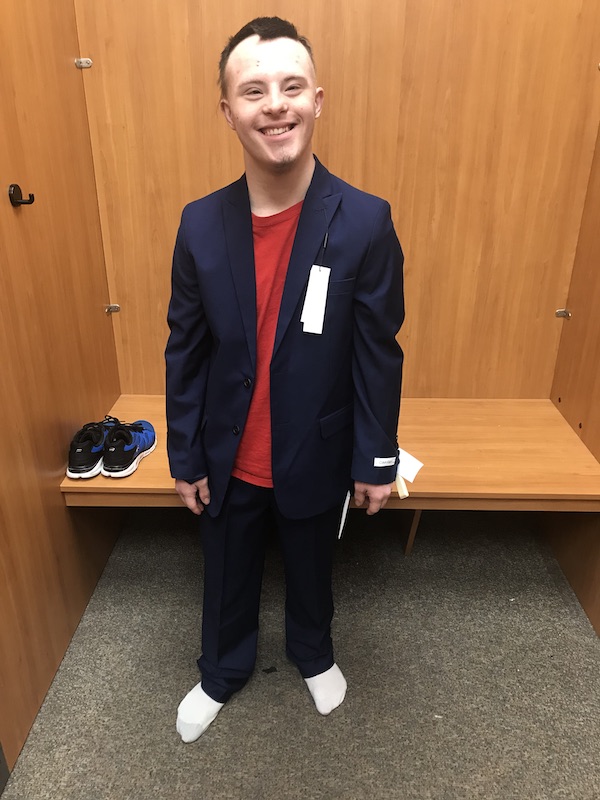 I found a button-down shirt with a sort of nautical theme that had boats and such on Amazon. My son could have worn his black shoes that he wears to job training but instead I thought with the all of the dancing that would be done his blue sneakers would work just fine.

The day of the prom finally arrived.

On the way to the prom we stopped at my parent’s house for a couple of quick pics. It was at this time that my parents informed me the tag on the sleeve of the jacket was supposed to be removed. Who knew. 😉 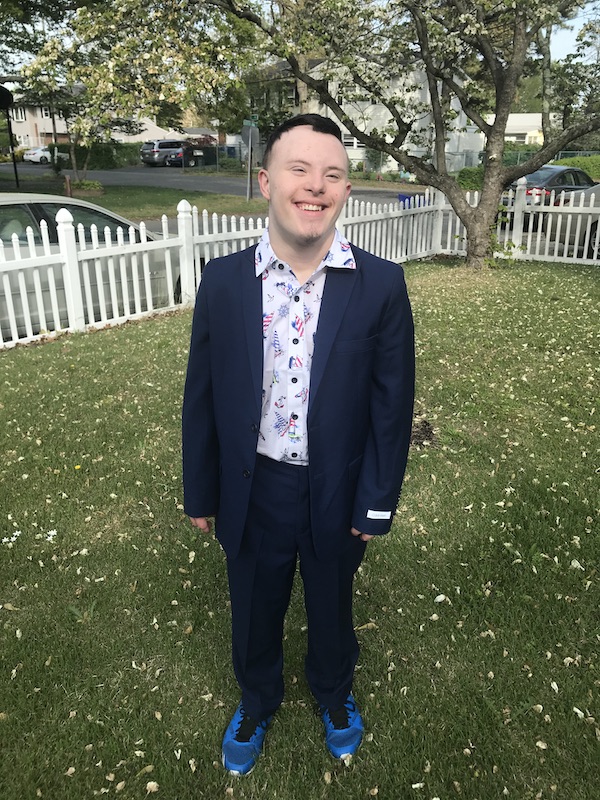 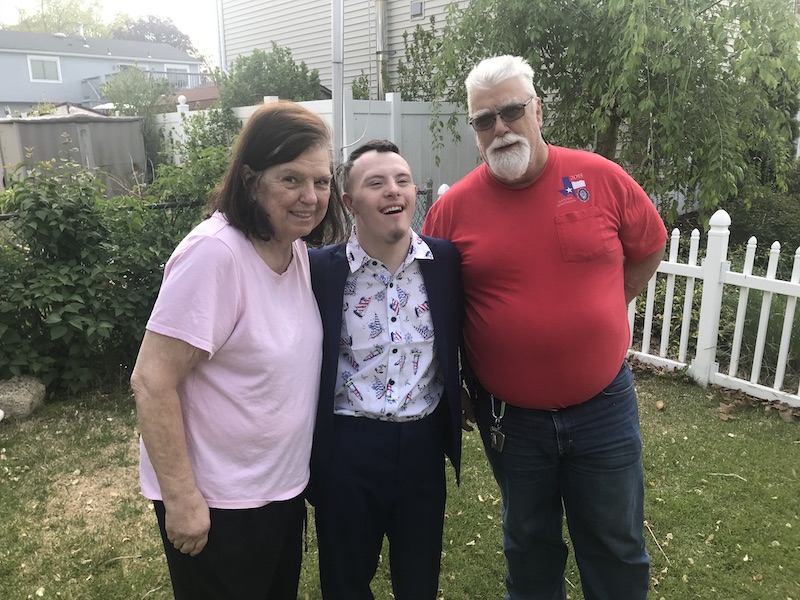 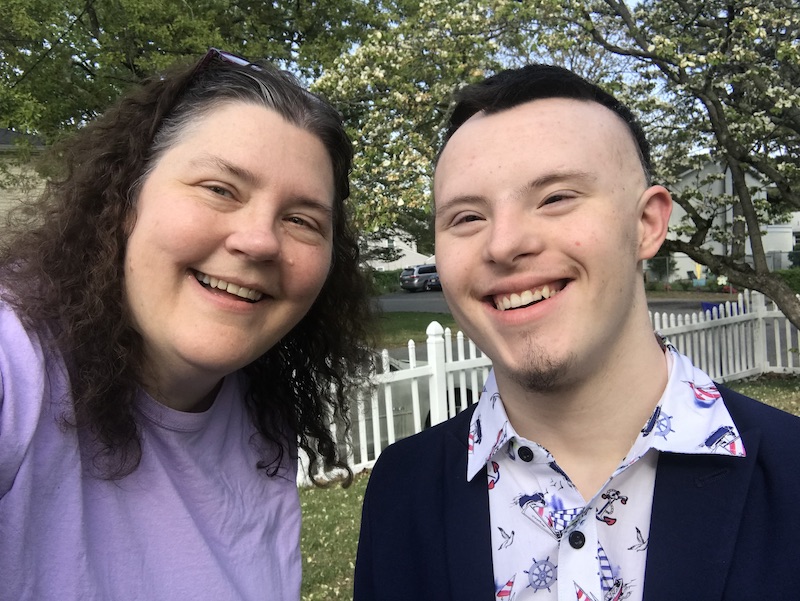 Next stop was my husband’s work.

Then it was time to head to the prom!

For the second year the prom was held in a banquet hall not far from the school. I caught a glimpse of the room as I signed my son in, it was early so it was mainly empty. I knew that would not be the case later. I knew this from past experience, as on prom night parents are permitted to come 30 minutes before the end so that we may see our kids. Besides my son’s smiling face on the night of prom, watching him with his friends at prom is the big highlight for me.

I returned 3 hours later and was allowed to enter the big room. As expected, the room was packed. Balloons and bubbles abound.  It didn’t take long to find my little man, he was in the middle of the dance floor surrounded by friends. 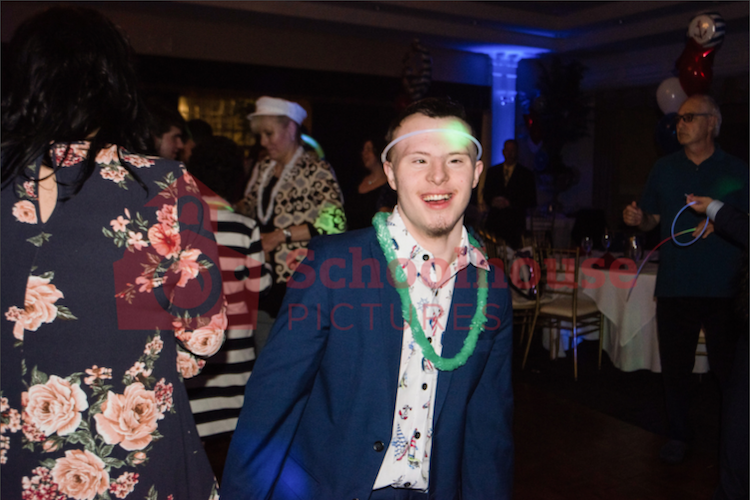 I used every minute of the remaining time watching my son enjoy himself and make memories. He danced his little butt off, moving and grooving with friends and staff alike. At the end of the evening he said goodnight to everyone, a bit begrudgingly as he didn’t really want the night to come to an end. He fell asleep with a smile on his face within 5 minutes on the ride home.

It was a good night.