The product(s) featured in this post was provided free of cost to me. This post has not been monetarily compensated. Please note that, as always, any personal opinions reflected in this post are my own and have not been influenced in any way.

See that box up here? It contains one of the hottest toys you will hear of this year. Actually, it’s about the only toy I know of whose appearance changes every single year and yet it remains one of the hot toys of the year. What is it? Anyone in my family would know what that box was as soon as they saw it. It’s the Holiday Hess Toy Truck! These trucks are awesome! My parents bought one one every year for my younger brothers. Some years they’d drive all over the place, from Hess station to Hess station, until they found a station that had them. Why? Because they are that nice and because they do sell out that quickly. 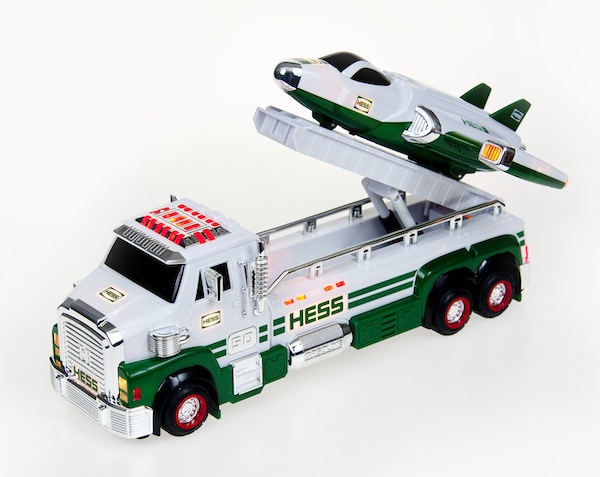 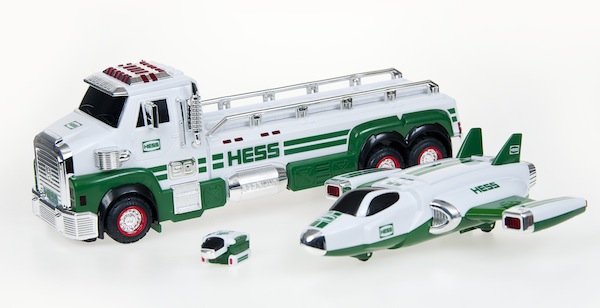 This year is a big year for the Hess Toy Truck. The 50th Anniversary Holiday Hess Toy Truck  has been announced. The 2014 edition, the 50th anniversary edition, is a Hess Toy Truck and Space Cruiser with Scout. This year folks will be treated to a space cruiser, with retractable landing gear, flashing lights and button-activated and motion-activated sound effects, riding on top of a flatbed truck. A cargo door on the space cruiser opens to reveal the scout that features folding wings and working lights. The flatbed truck doubles as a launch pad complete with a button-activated launch ramp with hydraulic lift, 3 realistic sound effects and 41 lights. Chrome detailing on the cab includes an embossed “50” to officially mark the Hess Toy Truck’s 50th anniversary.

The three-in-one 50th Anniversary Hess Toy Truck is available for pre-order at www.hesstoytruck.com for $29.99. The price includes six Energizer® batteries and free shipping. The toy goes on sale November 14 at participating Hess, Hess Express and WilcoHess retail stores and online with free shipping.

Hess Toy Truck fans and collectors will be excited to learn some other news regarding the 50th anniversary!

There’s a second truck this year!

2014 marks the first ever limited-edition, individually numbered Collector’s Edition Hess Toy Truck, which will be available exclusively at www.hesstoytruck.com for $45.99. The Collector’s Edition will feature a green tanker truck with chrome detailing and yellow and red accents in a commemorative display box. The truck will include more than 100 working lights and a hinged back door that will give access to the 1964 replica. 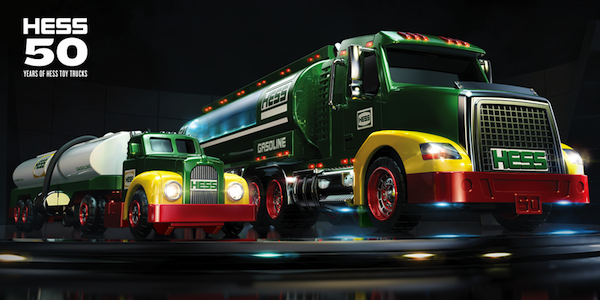 The Collector’s Edition, which is limited, will be sold exclusively online at www.hesstoytruck.com starting October 2 for $45.99 – with Energizer® batteries and free shipping.

Want to see some more trucks?

The Hess Toy Truck is a finalist for the National Toy Hall of Fame. The toy truck could be inducted this year into its prestigious halls, located at The Strong museum in Rochester, NY. In celebration, Hess will launch a 7-week Hess Toy Truck Mobile Museum tour on the East Coast on November 1. Visit www.hesstoytruck.com for a full schedule.

Are you picking up one of the Hess Toy Trucks this year?